How do you fight a wildfire? 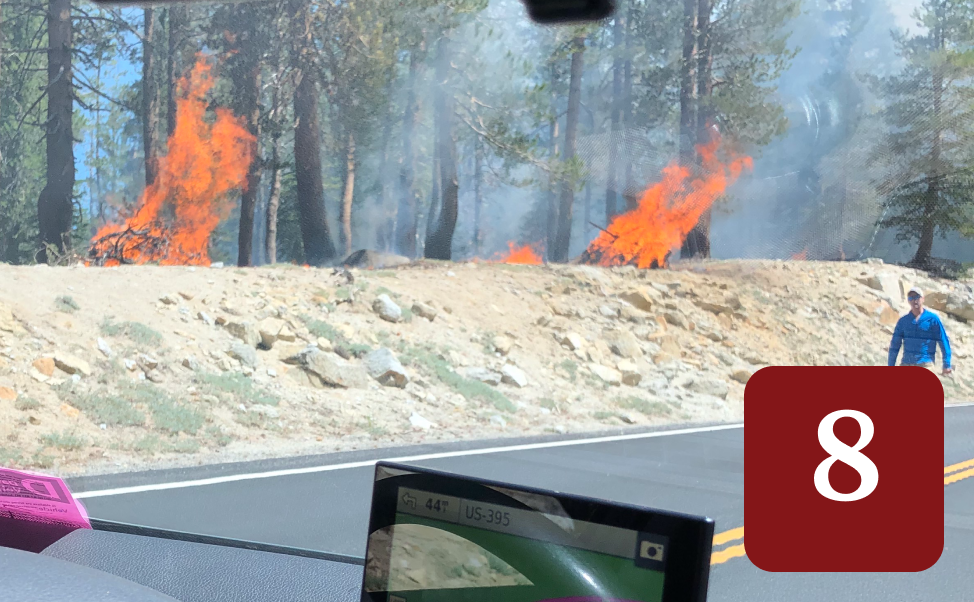 Fighting a wildfire is not like fighting a house fire.

When a house is on fire, the goal is to put the fire out as quickly as possible. This is mostly accomplished by pouring water on the flames, depriving it of oxygen and reducing the temperature of combustibles.

When a forest is on fire, the goal is to contain it, and allow it to burn itself out. This is done by removing fuel from a path all around the fire, known as the “containment line.”

The containment line is built piecemeal from individual stretches of “firelines” that gradually connect up to form a fuel-free perimeter around the fire.

Firelines are created in a variety of ways. “Hand lines” are created by specially trained crews that physically remove wide paths of flammable materials, stripping the surface down to bare dirt. Other firelines may be created by dropping long swathes of flame retardant by aircraft. Backfires may be set between the actual fire and the fireline to preemptively burn any fuel in that area in a controlled manner.

Once a fireline has been established, less trained personnel are needed to “hold it,” preventing the fire from breaking through. They will monitor fire activity, and put out any spot fires that may start from embers crossing the line. Aerial crews may drop water on flames to help prevent the fire from spreading in selected directions.

Deciding where to place firelines, and where to establish the containment line, is a very difficult task that requires predicting where the fire will go. Fire behavior depends on a number of factors, including the type of fuel available, how wet the fuel is, how hot it is, what the wind is doing, and the slope of the terrain.

On top of which, a large wildfire can create its own weather patterns.

Crew safety must be considered at all times, ensuring that personnel working on the ground have escape routes should the fire change direction or pick up speed. A wildfire can move up to 7 mph in wooded areas and up to 14 mph on grasslands without getting tired!

Needless to say, fireline placement takes advantage of natural fuel breaks such as roads, streams, and ridges. Artificial fuel breaks may have been created well before a fire starts as part of fire mitigation measures.

Finally, when the fire is contained, mop up crews put out residual fires along the fire perimeter to ensure that the fire doesn’t blow up again outside the containment area, even during high wind events.

So, fighting a wildfire is not like fighting a house fire. Except, of course, when the wildfire threatens homes and other structures.

Then firefighters have to switch from containment to suppression tactics.

Watch this video for more detail on wildfire firefighting.