Two Ways to Prepare to be Unprepared 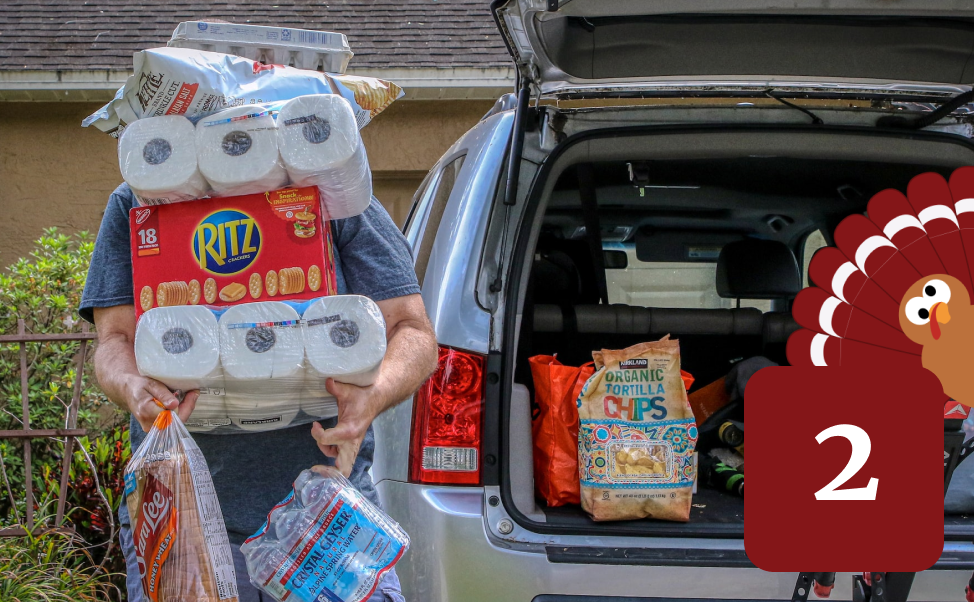 Photo by Mick Haupt on Unsplash

On the second day of Thanks and Giving, we give to you … two surprising and critical ways to prepare for disaster!

What do you think of when we ask you to think about preparing for disaster?

Most people would talk about learning what to do and gathering supplies. Indeed, that is what most disaster management agencies focus on. They happily provide training classes and extensive checklists detailing what you should do and have. Many of these resources are well-designed and highly informative, for example, Calfire’s Prepare for Wildfire site and Red Cross’s What Do You Need In a Survival Kit.

However, is it really possible to be perfectly prepared? We think not. According to Juliette Kayyem, Faculty Director of the Homeland Security Project and Security and Global Health Project at Harvard’s Kennedy School of Government, there is no perfect preparation and no perfect response.

Researcher Stephan Gundel gives us some possible clues. He lays out a typology that classifies crises along two dimensions:

First, can we imagine a particular disaster? Do we believe it could happen? We can all imagine a car accident happening and believe that it could happen to us, so we wear seat belts. To pre-9/11 social consciousness, it was unimaginable and unbelievable that commercial planes filled with passengers would be used as bombs:

“The most important failure was one of imagination.”

Second, even if we can imagine a disaster, is there anything we can do to prevent it or reduce the damage it might cause? Do we have the resources and will to do so? For instance, we may not be able to prevent an earthquake, but we can take measures to improve earthquake safety. However, many such measures are very costly, e.g., retrofitting your house, or unrealistic, e.g., moving to another state.

“Even as climate change increases the frequency and intensity of extreme weather events, from fires to floods and hurricanes, two-thirds of Americans say if their home is hit they would rather rebuild than relocate …”

NPR, Most Americans would rather rebuild than move if natural disaster strikes, poll finds. 2021 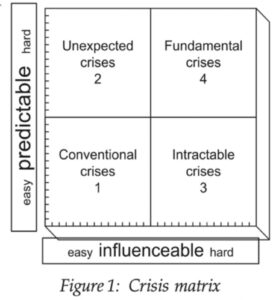 Conventional disaster preparedness — learning what to do in particular circumstances and stockpiling resources — can only target conventional crises, the ones that are predictable and influenceable. For the rest we need something else.

So, It’s great to prepare, but it’s even greater to prepare to be unprepared.

But how can you prepare when you don’t know what you are preparing for? Here are two ways that we think are simple but critical.

Researcher Daniel Aldrich who has studied the role of social networks in community resilience “has found that in a major shock, such as a tsunami or hurricane, a tightly connected community will save roughly 20 times more lives than the least connected community where nobody knows anybody (How to rebound from disasters? Resilience starts in the neighborhood | PreventionWeb).”

“Consider the earthquake that struck Japan on March 11, 2011. My colleague and I gathered data on and analyzed more than 130 coastal cities struck by the 60-foot tsunami. We found that communities with stronger social ties and more trust before the disaster had a smaller percentage of their population killed than similar communities that were less connected. While many engineers believed that the seawalls constructed along Japan’s Tohoku coast would save lives, we showed that social infrastructure, not physical infrastructure, kept communities intact. Survivors we interviewed told us that they’d only made it through because a friend or neighbor had helped them from their vulnerable residences.”

— Danel Aldrich, 2015, Some communities are destroyed by tragedy and disaster. Others spring back. Here’s what makes the difference. – The Washington Post

Other studies show that the people you know are instrumental in helping you get what you need in a disaster, including information, physical resources and practical help, as well as financial, emotional and psychological support (Elliott, Haney, & Sams-Abiodun, 2010; Hurlbert, Haines, & Beggs, 2000; Kaniasty & Norris, 1993).

So, get to know your neighbors!

If you’ve ever studied martial arts, you’ll recall that the first thing you learned was to fall. Not how to defend yourself or defeat your opponent, but learning to be flexible and adapt when you are thrown off balance.

The unpreparedness equivalent is to learn to think creatively about the people and resources around you. In other words, learn to improvise. Not only with things, but with the people who happen to be around you.

“[Improv] also highlights many of the soft skills that can be transferred to the work world, like being an engaged and active listener and being able to process information and react. If something comes up unexpectedly, these improvvers are ready to address it.”

“Human beings are at their best when they are open to the world, able to notice what’s needed, and equipped with the skills to respond meaningfully in the moment. … This is what the great jazz players do: They learn by leaping in and taking action before they have a well-conceived plan. Once they’ve honed their skills, they know how to fabricate and invent novel responses without a scripted plan and no guarantee of outcomes. They discover the future as it unfolds.”

Being prepared for disaster is great. That includes making the plans, learning the skills and gathering the supplies suggested by disaster management agencies such as FEMA, Calfire, and Red Cross.

However, it’s greater to be ready for when the plans fail, the skills aren’t relevant, and the supplies aren’t there.

That’s why we at Creative Crisis Leadership do what we do: Create community workshops that provide communities with opportunities to experience some of the chaos and confusion of a crisis, practice improvising, and discover what they can accomplish with the people and resources that happen to be available.

On the second day of Thanks and Giving, we extend our special thanks to the communities who have helped to test our Wildfire Community Workshop:

If you take disaster seriously, please
support our work.

We thank you for all that you give.