The 5 phases of disaster management 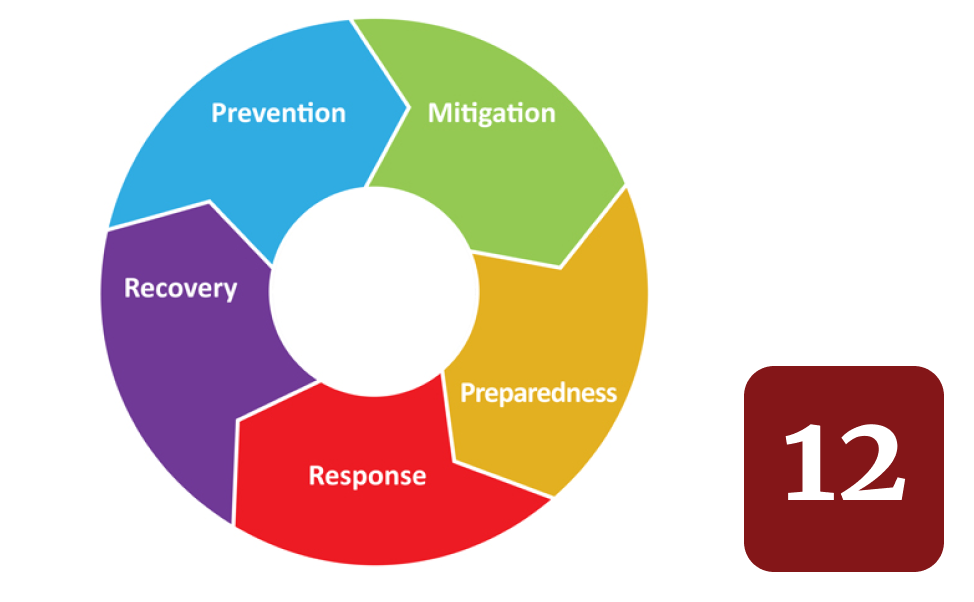 From Steps of Emergency Management on StLouis-mo.gov

Disaster management, one aspect of emergency management, provides a framework for understanding disasters and how we handle them.

There is some debate about the specifics, but the model we have found most useful defines 5 steps: